How Do You Make Fried Green Tomatoes with Secret Sauce 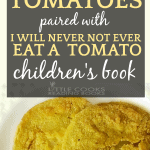 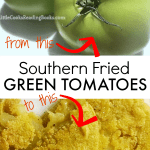 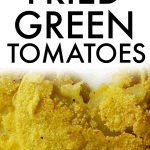 How Do You Make Fried Green Tomatoes?

This old fashioned fried green tomatoes recipe may seem gross if you’ve never had them, but it’s not like what you’re thinking a ripe tomato tastes like!

Before we get to how to cook fried green tomatoes recipe, let’s answer some common questions about making fried tomatoes…

Can you eat uncooked green tomatoes?

Fried green tomatoes taste a lot like a breaded squash or fried zucchini. They are crunchy on the outside from the breading and softer on the inside. You can learn how to make fried tomatoes for breakfast, lunch, or even a side for dinner!

Can you make fried green tomatoes without cornmeal?

OK!
Let’s get to how to cook fried tomatoes!

Uh-oh. So you made this awesome fried green tomatoes recipe and they ended up soggy. Soggy fried green tomatoes often either come from not letting your oil get hot enough or stacking them on top of each other when they are hot. After frying the tomatoes, place them on a paper towel to drain in a single layer and allow them to cool slightly before serving.

Cooking and Reading: Fried Green Tomatoes paired with I Will Never Not Ever Eat a Tomato Children’s Book

Lola is a fussy eater. A VERY fussy eater. She won’t eat her carrots (until big brother Charlie reveals that they are really orange twiglets from Jupiter). She won’t eat her mashed potatoes (until Charlie explains they are cloud fluff from the pointiest peak of Mount Fuji). There are many, many things Lola absolutely will not eat, including—and especially—tomatoes. Or will she? Join two endearing siblings for a smorgasbord of fun in Lauren Child’s witty story about the triumph of imagination over proclivity.

Have fun learning how do you make fried green tomatoes!