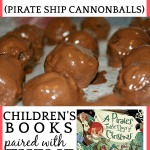 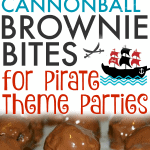 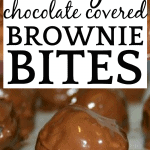 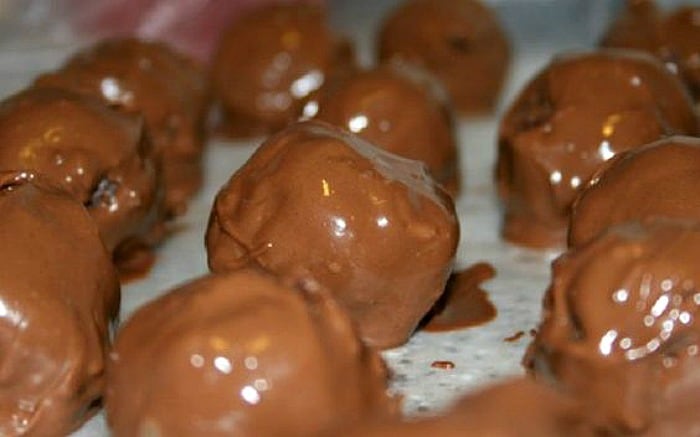 What are brownie bites?

Brownie bites recipes are exactly what they sound like: one bite of a brownie. You can make them in mini muffin pans or, like us, you can form them into brownie balls and cover them in chocolate.

Easy children’s desserts that adults will love, too!

How do you make brownie bites?

To make this an easy brownies recipe, we use brownie mix and cook them according to the package directions in a long pan.

(To make chewy brownie bites, we use the fudge brownie recipe mix.)

Then, we scoop the baked, cooled brownies out and crumble them into a bowl, add icing, and form them into balls.

We also dipped ours in chocolate using chocolate melts.

If you are going to make mini bites (and not balls), just use a mini muffin pan instead of a regular baking pan.

If you are going to make brownie cake pops, you’ll need lollipop sticks, too.

DISCLOSURE: Affiliate links are used on this site and may be used in this post.

How do you get brownie bites out of a pan?

We make our brownie bites into brownie balls.

When you do this, you don’t have to worry about them sticking to the pan because they are made just like cake pops.

You scoop out the baked brownies and crumble them into a bowl (so, it doesn’t matter if they stick).

If you’re making mini brownie bites, you’ll want to use mini cupcake liners (you can peel them off after they bake) or a non-stick muffin pan.

Can you make brownies in silicone bakeware?


How long to keep homemade brownies?

You can keep brownies, stored in an airtight container at room temperature, for up to 4-5 days.

Can you eat frozen brownies?

We paired our brownie bites, aka: pirate cannonballs, up with—what else?—a pirate book!

This oversized book, A Pirate’s Twelve Days of Christmas, was written by Philip Yates and fantastically illustrated by Sebastià Serra.

(The illustrations fill up the entire pages with colors. I love that, don’t you?)

It is about a pirate crew who makes one sad little cabin boy crew member stay behind to take care of the ship while the rest of the pirates go off pirating.

While on the ship, the cabin boy mysteriously receives different unique gifts each day for 12 days—all set to the same rhyming song style as “The Twelve Days of Christmas” song.

(My favorite were his gifts on day seven. You’ll understand if you know me and my “interests“ when you read it.)

If you want non-holiday children’s pirate books, try these:

Try This Brownie Recipe Next:

To celebrate the pirate theme, we decided to pair this book up with … what else?

We made these at Ella’s pirate-themed fourth birthday party and they were the hit of the party.

You won’t believe just how easy this recipe is and it’s a ton of fun for little hands to help with!

File these under: easy desserts kids can make! 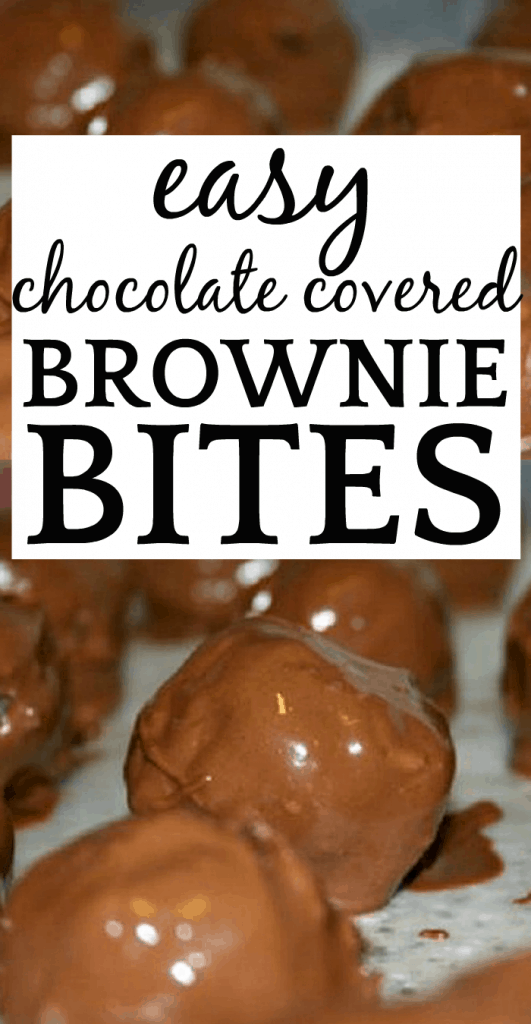 How To Make Brownie Bites

If you don’t want a Christmas pirate book, here are some other pirate books to pair with this theme recipe:

Let us know how your brownie bites recipe turns out!