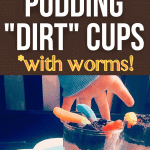 These dirt pudding with Oreos cups (worms & dirt or mud and worms) are fun kid snacks or when you need an easy craft food project. They make perfect party treats for Halloween or Easter, birthday party themes, or just an easy summer recipe for kids to make on their own. 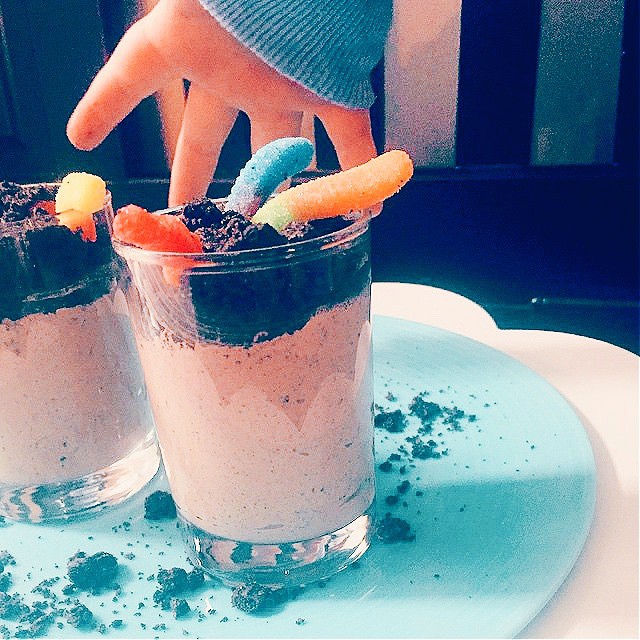 HOW TO MAKE DIRT PUDDING WITH OREOS

What Is A Pudding Dirt Dessert Cups Recipe?

(Don’t ask. It’s a one of those super popular desserts for kids whenever there’s a party!)

And, bonus? It’s an easy recipe to make with kids or if you need an easy preschool recipe or even if you’re looking for toddler cooking for kids recipes.

So, if you’ve heard any of those, this is the same (or variation of) those dessert recipes.

YOU MIGHT ALSO HAVE FUN WITH THIS CHILDREN’S RECIPE:

Dirt pudding is made with just four main ingredients:

Some make these dirt cups with cream cheese or dirt cups without cool whip and use heavy cream they whip themselves, but we like to keep things simple! For this recipe, we made our pudding cups with with pre made pudding and Cool Whip.

If you want a more homemade version and want to make your own whipped cream for this recipe (it’s easier than you think), check out our:

We made our dirt pudding with worms because we paired this recipe with children’s books about gardening and growing, but you can leave the worms out if you want.

(Although, the worms make fun dirt pudding for Halloween / Halloween party ideas if you’re making the dirt cups for that.)

You can change around what you put on top of the dirt cups (or in the pudding cups) based on your theme:

Just tailor these kid-friendly dessert ideas to your party theme! Making dirt pudding is easy and fun. You can even let kids assemble their own dessert recipes!

OK, let’s get to the dirt and worms pudding cups recipe! 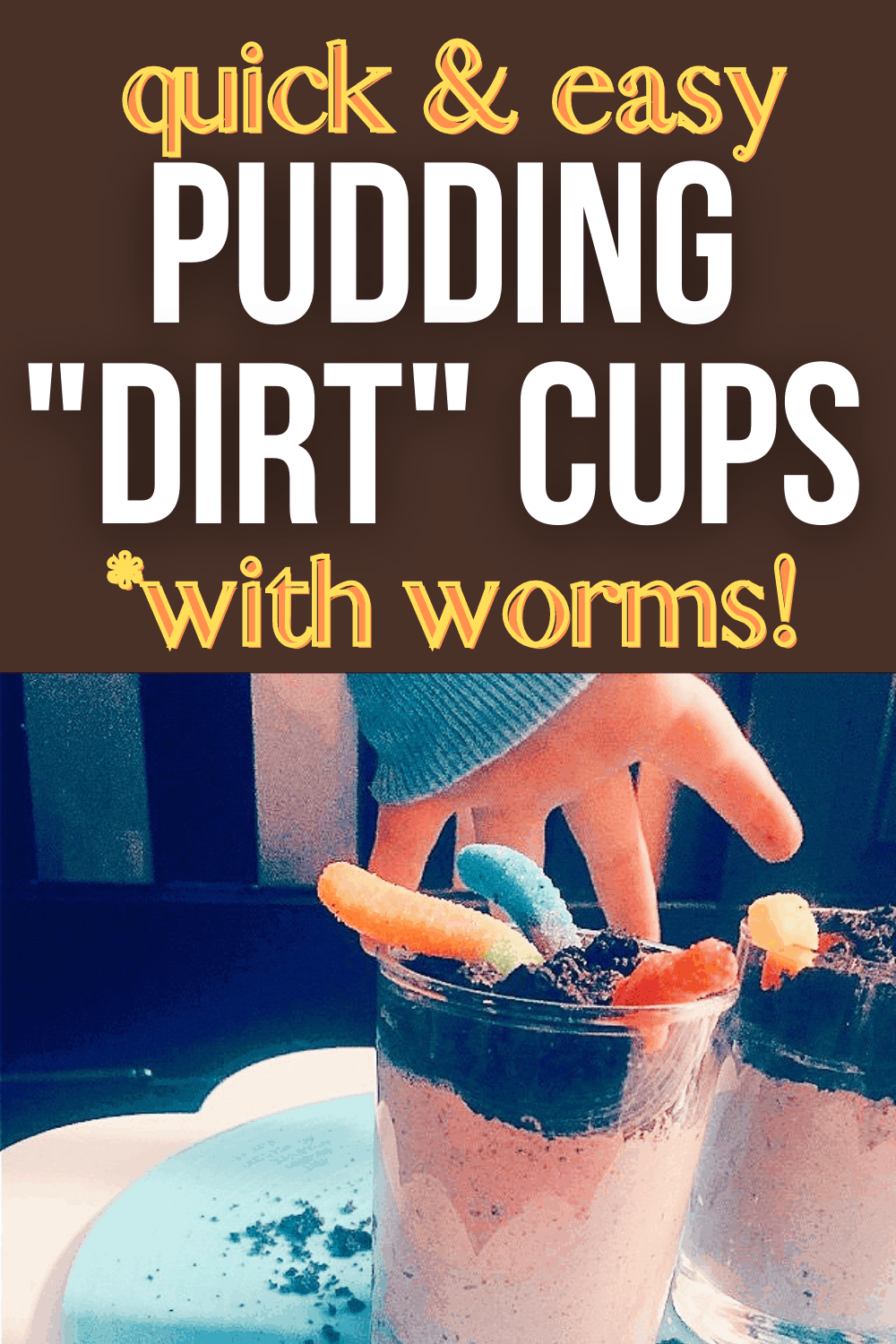 You can make dirt pudding with Oreos or with any other chocolate cookie. (It doesn’t even have to be dirt dessert chocolate pudding. You can use whatever pudding you want, but the chocolate pudding makes the best mud dessert!)

We make our Oreo dirt pudding recipe without cream cheese, but a lot of people like to add in softened cream cheese.

Here’s how to make quick and easy dirt cups!

*The cookie crushing is one of the most fun parts of this recipe for kids! Set aside your food processor for this recipe and let the kids whack away at the bag of cookies! They'll have a blast!

The serving size for this will depend on the size of cup you use. We used small orange juice glasses and got 6 cups out of this.

HOW TO STORE DIRT PUDDING CUPS

Dirt pudding should be stored chilled until ready to use and will keep in the refrigerator for around 3-4 days. If you’re chilling the cups before a party or serving, I would chill the pudding in the cups and add the crushed cookies before serving. If you have to chill with the cookies on top, the cookies will get soft eventually. Just add new crushed cookies for a refreshed crunch once you remove from the refrigerator.

If you’re making these pudding cups with dirt (and worms or even gummy bugs / bug grahams), it’s a great kid snack to pair with garden and growing books for kids. (If you haven’t tried pairing recipes with books for kids, it’s a fun way to learn!)

Try these garden books for kids:

Let us know how your dirt pudding cups with gummy worms recipe turned out (or if you used something other than gummy worms)!