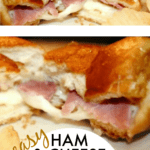 This recipe for ham and cheese sliders is sometimes called funeral sandwiches, Hawaiian sliders, or cheese and ham rolls. They are baked sandwiches in the oven and will quickly become a go-to easy meal for party food, what to do with Thanksgiving ham leftovers, game day food, or easy lunch or dinner recipes. The juicy, sweet ham pairs well with the melted Swiss cheese for amazing baked sliders!

What are funeral sandwiches?

Funeral sandwiches are the same thing as the baked ham and cheese sliders with a glaze. (People call the sandwich recipe different names). They are called funeral sandwiches because in the South, people often bring food to people’s houses after a loved one dies. These funeral slider sandwiches are often one of those dishes.

What do you serve with sliders?

TRY THIS SIDE DISH WITH THE HAWAIIAN SWEET ROLLS SLIDERS:

What cheese is good with ham?

First, if you’re not familiar…

Sliders started as miniature hamburgers. Today, they refer to a mini version of different types of sandwiches. They were originally named “sliders” because the small hamburgers were so greasy that they would slide right down your throat!

What is the difference between a hamburger and a slider?

The size of the sandwich and how it is cooked usually determines if it is a slider vs hamburger. Sliders are much smaller, bite-sized versions of hamburgers. Slider hamburgers were traditionally steam grilled with the bun. However, today sliders are made a variety of ways and still called “sliders.”

What kind of bread do you use for sliders?

If you’re making baked sliders, use a sweet roll (like Kings’ sliders Hawaiian rolls), a potato dinner roll, or any small bun or roll that works well with the type of sandwich you’re making. Some people even use small ciabatta buns, based on their recipe sliders meat.

How do you keep sliders from getting soggy?

If you want to make a slider recipe that stays fresh and doesn’t get soggy, consider baking or toasting the slider bun. A toasted or baked slider will hold up longer and take a longer time for the sauces to make them soggy.

How many sliders are needed per person?

Remember, sliders are small and can usually be eaten in a couple of bites. You should plan for about 2-3 sliders per person, and maybe a little more if you want leftovers (and you will want leftovers of this recipe for ham and cheese sliders!). 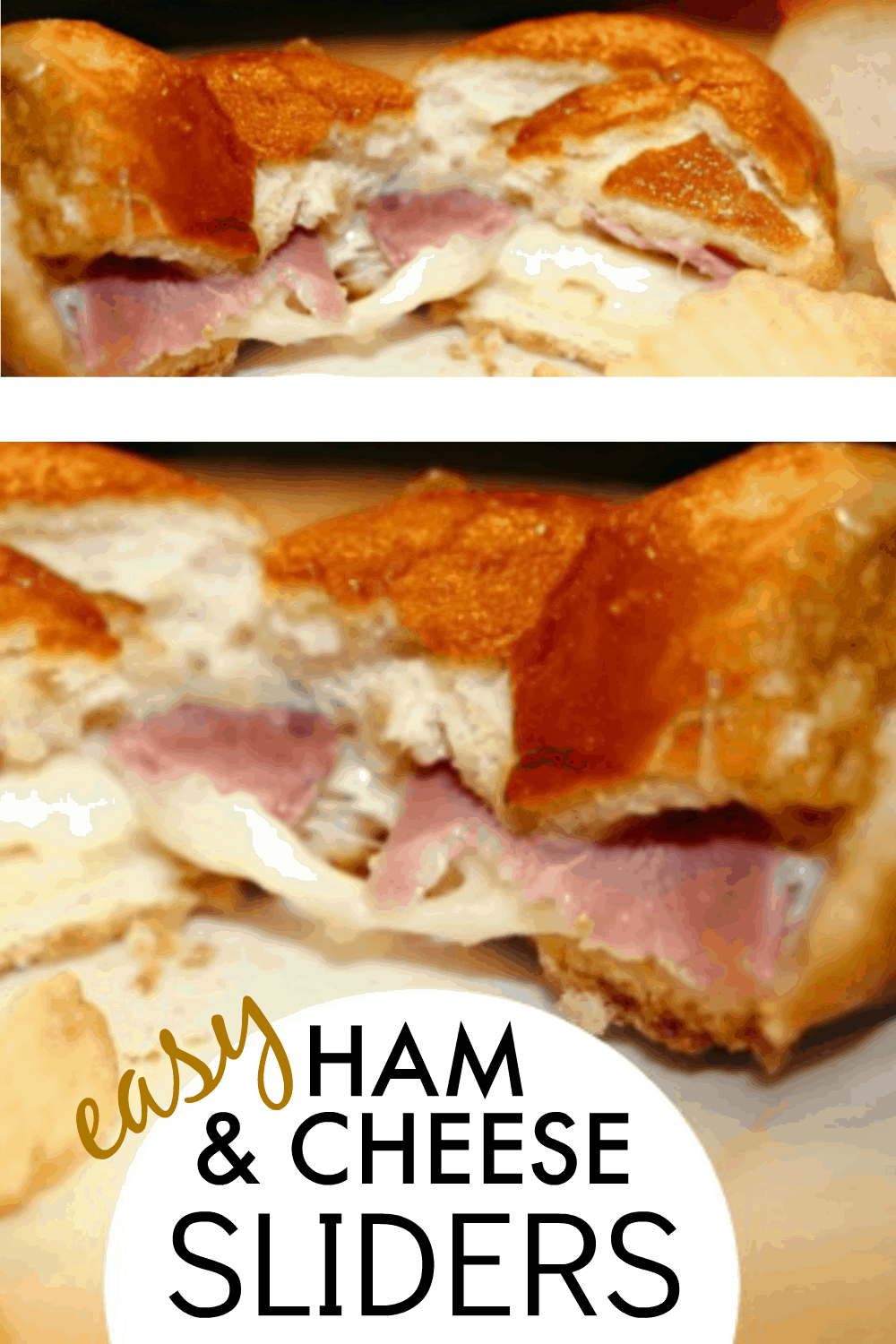 RECIPE FOR HAM AND CHEESE SLIDERS

This baked ham and cheese sliders on Hawaiian rolls recipe is one of our family favorites!

We made these as Hawaiian roll sliders, but you can really substitute any roll or bun that you like.

Also, instead of just ham and Swiss sliders, try mixing them up with turkey or chicken and other cheeses, too.

**OPTIONAL STEP: After pouring sauce over sandwiches, cover and refrigerate for 4-24 hours. This is an optional step, but will really give time for the flavor to develop and make the sandwiches taste better. So if you have time, marinate them!

Hamilton the Book for Kids

We made these after we read the Hamilton book for kids.

We call them our HAM-ilton sandwiches.

Then, we watched Hamilton Streaming and listen to the Hamilton soundtrack to round out this learning unit.

If you don’t want to go the HAMilton ham and cheese sliders theme:

2. Use other great sandwich books for this cook and read!

ENJOY THIS RECIPE FOR HAM AND CHEESE SLIDERS!