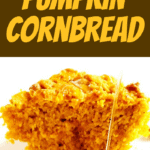 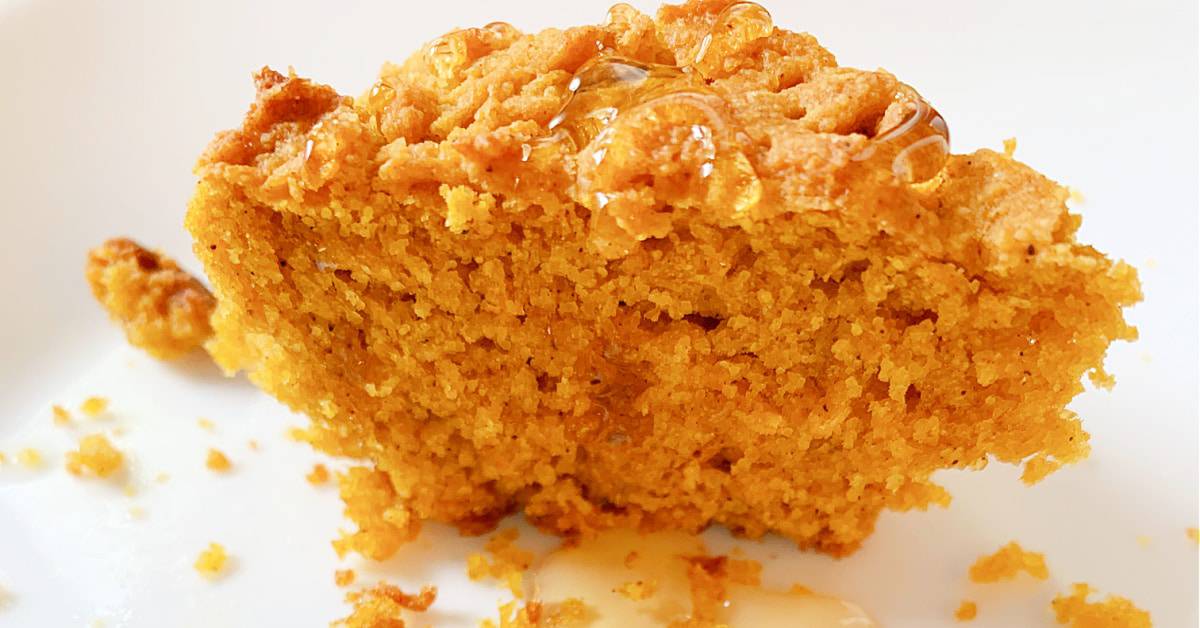 BEST RECIPE FOR PUMPKIN CORNBREAD EVER!

I’ve been making a homemade cornbread recipe for … a long time. So, we decided to try this cornbread pumpkin recipe for one of our fall recipes.

(Cornbread from pumpkin / adding pumpkin to cornbread mix or a flavored cornbread may seem weird, but it’s so yummy!)

How To Make Pumpkin Cornbread From Scratch

For a cornbread with pumpkin recipe, you’ll need:

HOW TO MAKE PUMPKIN CORNBREAD 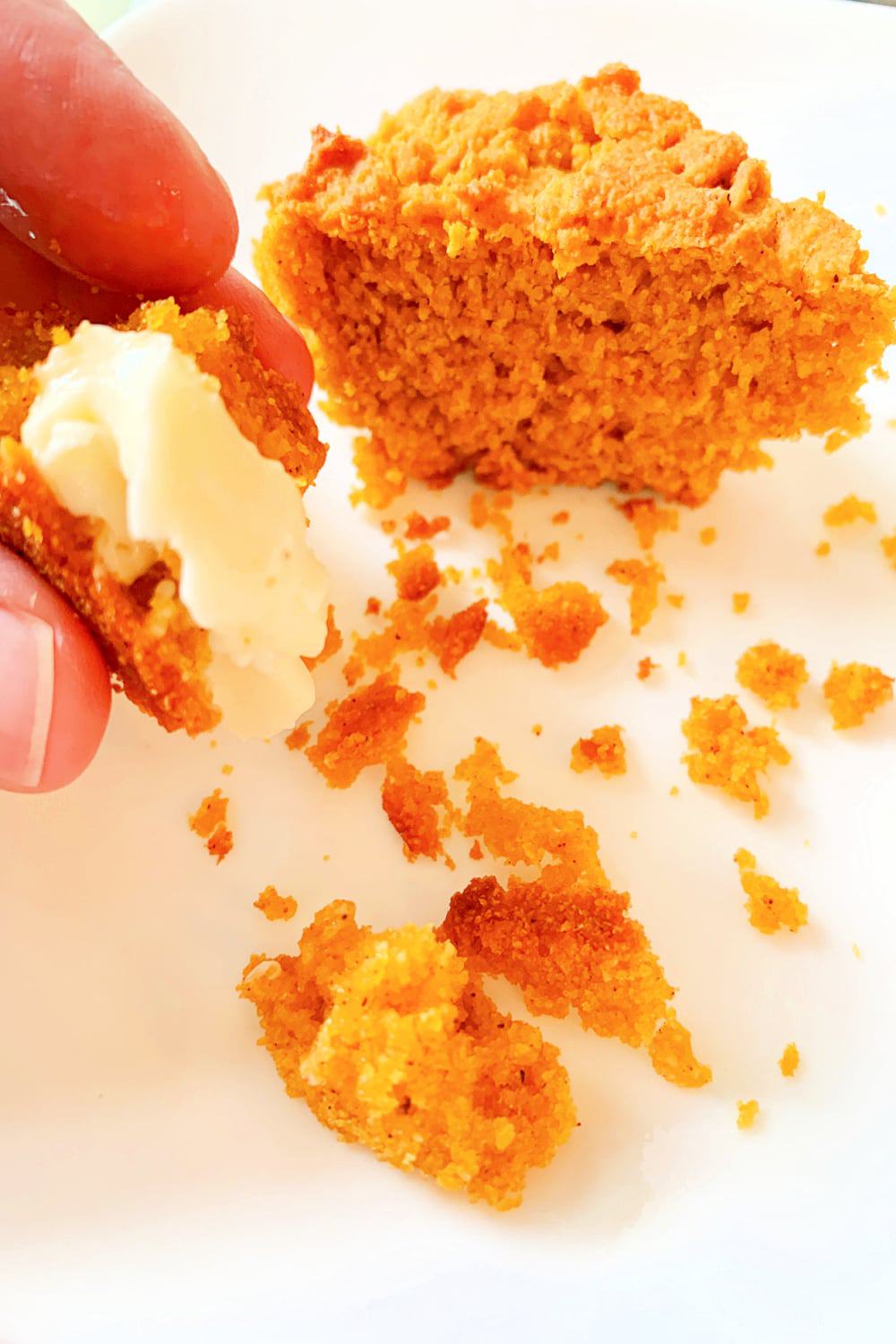 I made the pumpkin cornbread in cast iron skillet, but you can also make it in a regular baking pan, as cornbread pumpkin muffins, or whatever corn bread recipe pan you use normally.

My kid said she like this better than our plain cornbread recipe! If you love a traditional cornbread in cast iron skillet recipe, you’ll love this one, too!

What do you eat with cornbread?

Cornbread with cinnamon butter is good, but I like this pumpkin corn bread with a little honey drizzled on it as a cornbread dipping sauce! This is a moist cornbread recipe with honey!

(I’ve never tried it, but you could probably make a honey glaze for cornbread, too!)

Before baking cornbread, read through these tips to help with the recipe:

Why does my cornbread stick to my cast iron skillet?

If your cornbread is sticking to your cast iron skillet, make sure you are using a seasoned skillet. Then, heat oil in the cast iron pan before filling it with the cornbread batter and baking. After baking, allow your cornbread to cool slightly and it will be less likely to stick to the skillet.

Use a seasoned cast iron skillet for your cornbread to keep it from sticking.

Should you let cornbread cool before removing from pan?

Allow your cornbread to cool slightly or completely before removing it from the pan. The longer cornbread sits, the better it will hold together. This makes it easier to remove from the pan after cooling.

Does cornbread need to be refrigerated?

Cornbread can be stored on in an airtight container at room temperature for a couple of days. You can refrigerate cornbread for up to a week, or freeze the cornbread in a freezer container.

PUMPKIN RECIPES NOTE: You may also hear this called cornbread pumpkin cake recipe, but don’t be mistaken! This pumpkin spice cornbread is not sweet, it is savory pumpkin cornbread. (It really is one of my favorite savory pumpkin puree recipes.) However, adding butter, cinnamon butter, or honey will give it that sweetness, if you crave that or are looking for a sweet pumpkin cornbread recipe.

Use honey butter or cinnamon butter for a sweet pumpkin cornbread recipe! 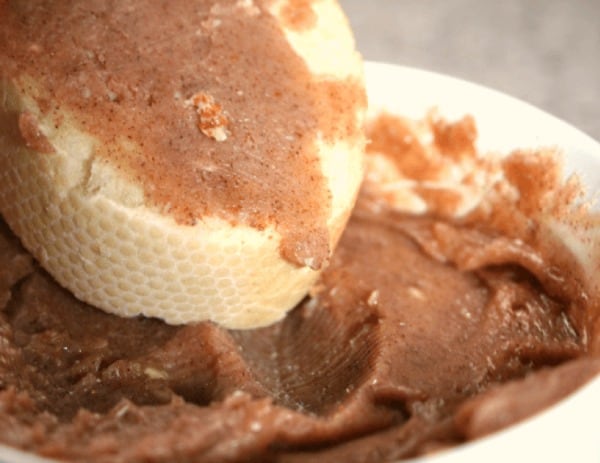 Wondering what to put on cornbread made with pumpkin?

Let’s get to our skillet pumpkin cornbread! 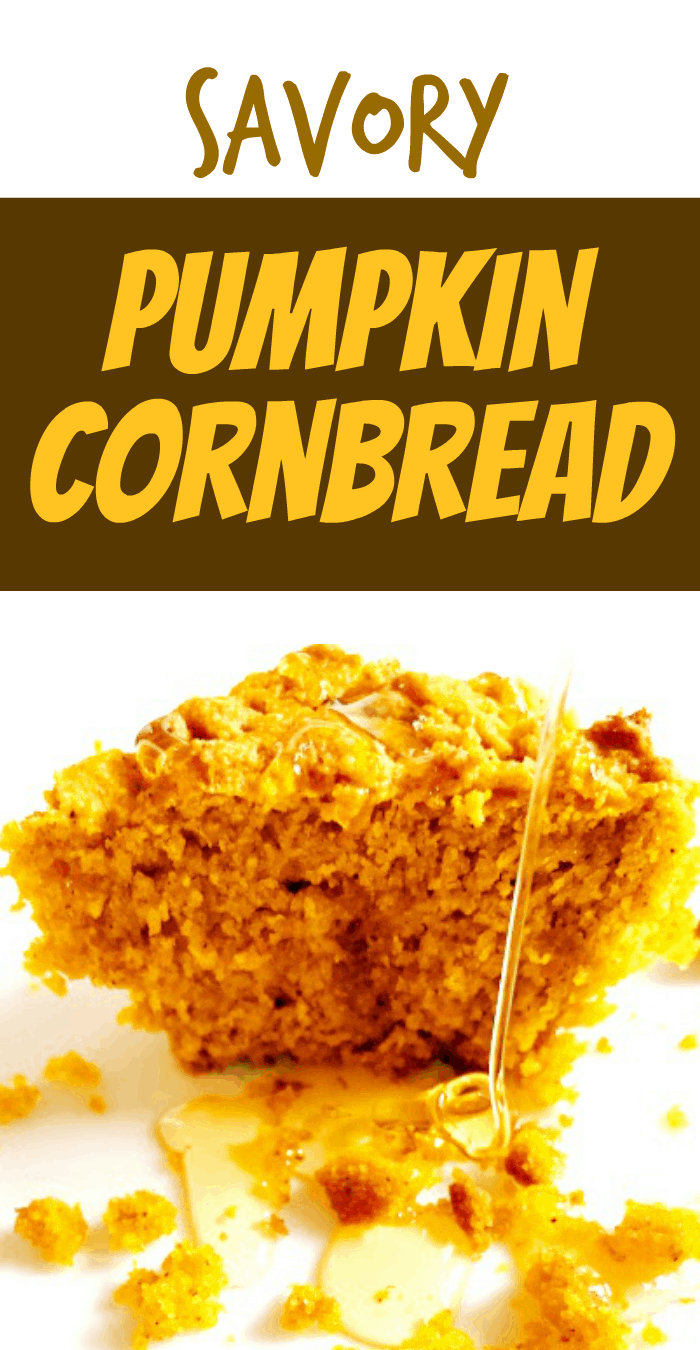 Some people have referred to it as cornmeal pumpkin bread, but it’s definitely more like corn bread than bread.

You can also use this for pumpkin sausage cornbread stuffing! Just replace your plain cornbread with this pumpkin corn bread in your stuffing recipe.

This pumpkin puree cornbread is easy with just regular canned pumpkin (like you use for pumpkin pie recipes). However, you can make this cornbread with pumpkin puree that you can yourself, too.

(Although we like it just like it’s listed and getting the pumpkin flavor by adding pumpkin to cornbread mix.)

Someone even told me that they’ve made pumpkin Jalapeno cornbread as a spiced cornbread.  Now, I want to try that the next time I make this pumpkin skillet cornbread and add Jalepenos to my spices for cornbread.

(I think spicy pumpkin cornbread muffins or pumpkin spice corn muffins as a side to chili or pumpkin soup would be yummy!) 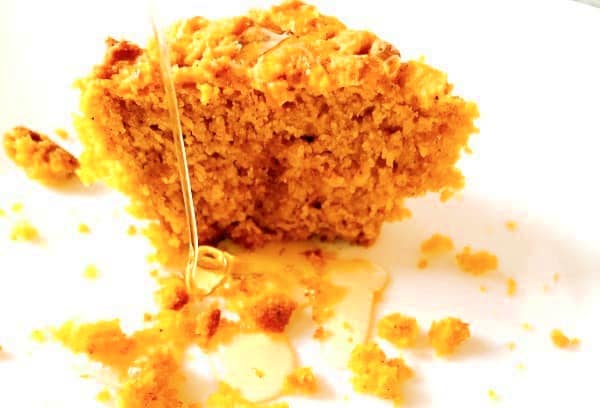 Also, if you have any leftover, make pumpkin cornbread stuffing!

If you make this as Halloween cornbread muffins for fall chili or Halloween soup after trick or treating or for a Halloween party, grab these cute Halloween cupcake toppers!

Let us know if you try this as honey butter cornbread or with something else!

WE HOPE YOU ENJOY THIS RECIPE FOR PUMPKIN CORNBREAD AS ONE OF YOUR FALL ACTIVITIES WITH KIDS!