Plant A Victory Garden With Kids (And Learn The History Of War Gardens!) 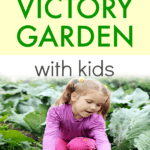 A victory garden is not only a fun project with kids, but it also serves as a food garden for your family to use during hard times, to save money, or to just have more control over your food source! We’ll also cover victory garden history, so this makes a great companion gardening lesson.

Have you ever heard of a victory garden?

Get ready because not only is this a fun family project, but it allows your kids to learn more about history!

So, let’s start at the beginning…

What is a Victory Garden?

Victory Gardens were government initiatives that encouraged Americans to grow fruits, vegetables, and herbs during World War I and World War II. This allowed people to have food during times that transportation and supplies were hard to come by.

They were planted on both public land and at private residences during this time.

Why did the government encourage Americans to grow food in Victory Gardens during WW1?

Victory Gardens were first promoted during World War I. Because of labor and transportation shortages during the war, food needed to be rationed. Americans were encouraged to grow their own food in order to ensure that they had food of their own, but also could help with food for those serving in the war.

What were Victory Gardens in WW2?

Victory Gardens World War 2 served the same purpose in Second World War as in WWI: to feed people during food shortages when commercial food supplies were diverted to the military and allies.

“In 1942, roughly 15 million families planted victory gardens; by 1944, an estimated 20 million victory gardens produced roughly 8 million tons of food—which was the equivalent of more than 40 percent of all the fresh fruits and vegetables consumed in the United States.”

Click here to grab this seed pack and grow some fun victory garden vegetables with your kids!

IN TIMES OF WAR the country’s food supply for civilians may be smaller even though total production is greatly increased. The burdens of World War II are already creating serious food-production, distribution, and preservation problems. Labor and machinery shortages interfere with production; overloaded railroads and restricted motor transport interfere with distribution; and inadequate supplies of labor, steel, and tin demand that civilians depend less on foods canned in tin.

There is now real need for civilians to relieve the burden on commercial food sources, transportation, and preservation by growing all food that is practical at home and preserving, storing, and using it over as much of the year as possible.

The victory gardens during both World Wars were said to boost morale because it gave Americans control over their own food (and lessened anxiety) and also gave them a sense of contributing and helping during the war.

Why should you grow a Victory Garden?

There are many reasons to grow a Victory garden like:

Don’t miss how to plant a victory garden below. KEEP SCROLLING!

Great Children’s Books to Pair with Your Victory Garden Lessons

What Foods Were Grown In Victory Gardens?

What vegetables were grown in Victory Gardens?

The most popular vegetables grown in Victory Gardens included: 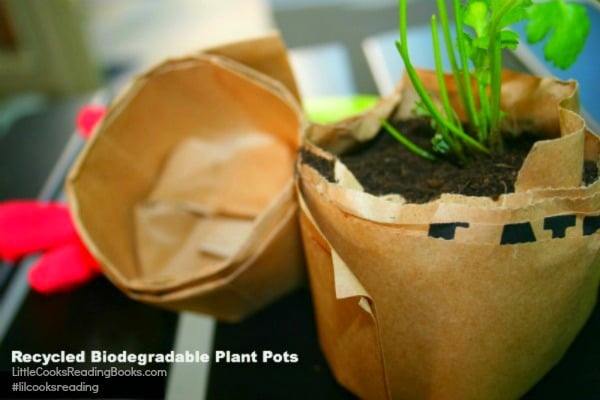 How To Make DIY Plant Pots for Kids 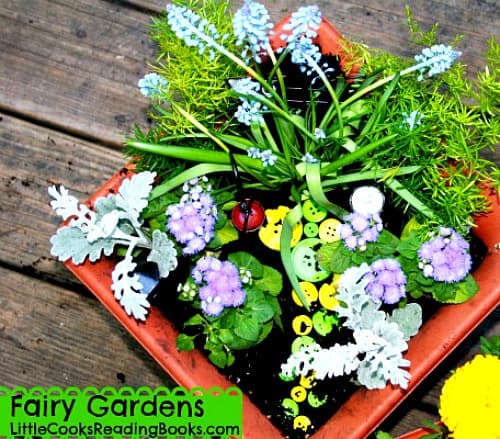 Inspired by the WWI and WW2 Victory Garden?

Get started gardening your own! 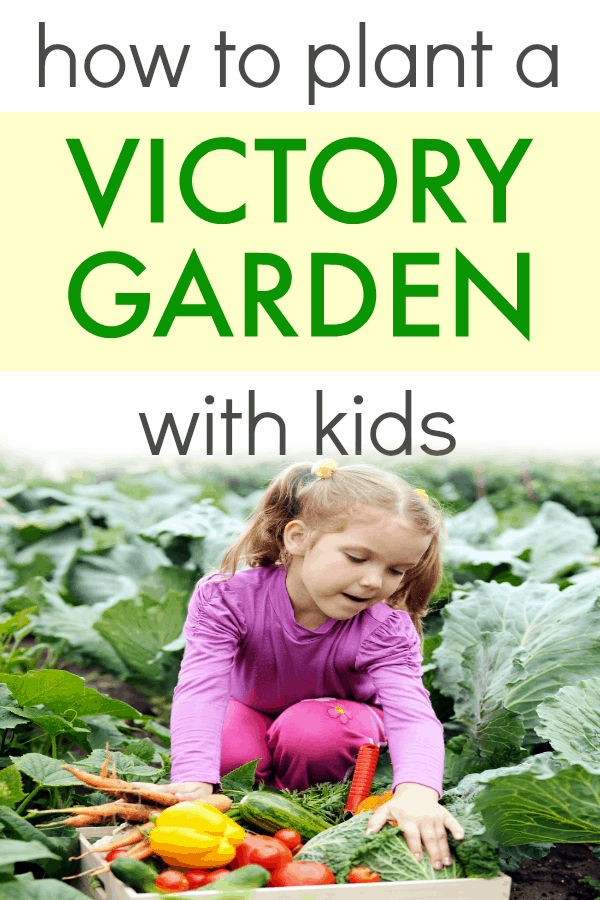 HOW TO GROW A VICTORY GARDEN

Every area has a different Growing Zone and “Hardiness.”

Understanding your Growing Zone will help you pick the right fruits, vegetables, and herbs for Victory Garden.

You can check the USDA’s Plant Hardiness Map HERE.

Where will you plant your garden?

How big will it be? (If it’s your first garden, start small!)

CHOOSE YOUR GARDEN FRUITS AND VEGETABLES

What do you want to plant in your Victory Garden?

(Be sure to plant only things you will actually eat!)

Don’t forget to include things that kids usually love like watermelon, carrots, and strawberries!

Or, better yet, ask your kids what they want to plant and discuss why/why not those things won’t work in your garden/growing zone. (It’s OK to use the internet as your “cheatsheet” to figure all of this out!)

Now, plan how they will go in your garden.

This is a fun stage to get the kids involved!

Draw your garden on a piece of paper. Do some online research about how your chosen plants grow, if they need full sun, what NOT to plant them next to, etc.

If you already have your seed packets, check out the back and follow the directions for it.

The Farmer’s Almanac has a great companion growing guide that tells you what grows well together.

Time to get dirty!

You’ll need to dig up an area in your yard and prepare your soil for gardening.

If this is your first time gardening, this is a great soil guide to get you started.

Now, have some fun planting your Victory Garden.

Be sure to follow your “map” and notes that you created during the planning stage.

Don’t forget to follow the directions on your seed packets!

You can also start your seeds indoors and then transplant them in your garden once they sprout!

How do you start a garden without a yard?

If you don’t have a yard (and you live in an apartment or elsewhere that doesn’t allow you space to plant in the ground), no worries!

You can actually do indoor window gardening using planters/containers, class jars, or even plastic bottles. You can grow herbs and vegetables on a window sill or easily on your balcony using a container garden!

These are great window sill gardens or container gardens to do with your kids:

WHAT WILL YOU PLANT IN YOUR VICTORY GARDEN?

28shares
As an Amazon Associate I earn from qualifying purchases. Please refer to our DISCLOSURE.

I'm Jacqueline Wilson and my daughter Ella and I love MAKING REAL FOOD FUN by cooking and creating recipes and pairing them up with children's books. Here's how it started...
[READ MORE]
©2017-2021 LittleCooksReadingBooks.com. All Rights Reserved.
DISCLOSURE: Affiliate links are used on this site. As an Amazon Associate I earn from qualifying purchases. Please refer to our DISCLOSURE STATEMENT.