How To Make Banana Pudding Homemade (With an Easy Secret Recipe Ingredient!) 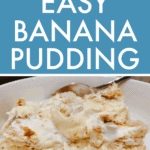 Learn how to make banana pudding homemade the easy way (plus a secret recipe ingredient you’ll never guess – not sweetened condensed milk!) and is a great recipe for what to do with almost black bananas! This quick banana pudding recipe will be your go-to fast dessert for any gathering or summer cookout recipes. (And just as good as Paula Deen’s recipe for banana pudding, Elvis Presley’s banana pudding or your favorite Southern dessert recipe!) 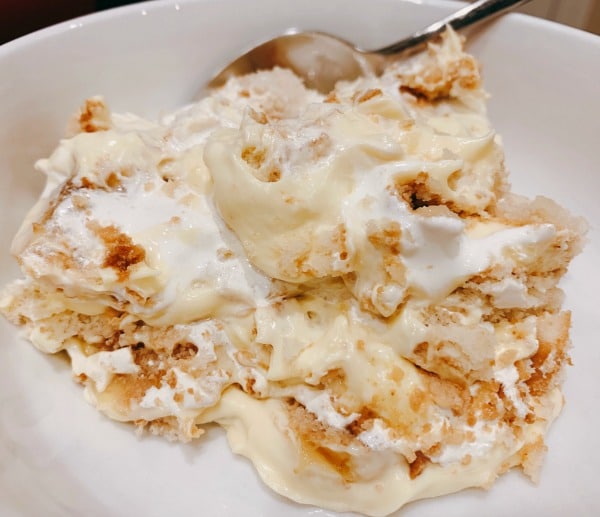 (Plus, I don’t know about you, but old fashioned homemade banana pudding is the ultimate comfort food for me and one of my all-time favorite banana desserts / homemade pudding!)

How is pudding made from scratch?

These are simple ingredients for a perfect dessert!

KEEP SCROLLING to get the full no bake banana pudding recipe! (If you want to know how to make good banana pudding, don’t miss our surprise secret ingredient for a delicious banana cream pudding!)

Plus, banana pudding is a fun recipe to make with the kids! (And, most kids love it! For my kid, it’s one of her favorite desserts!) 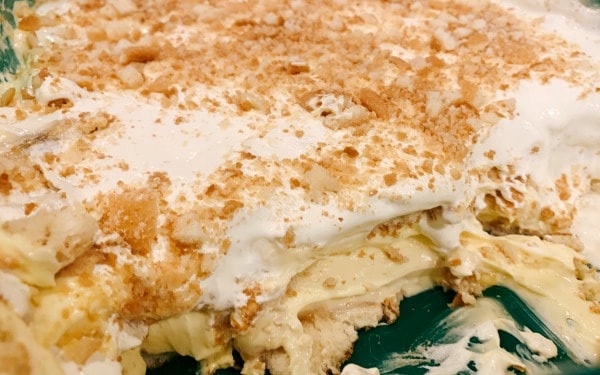 How long does it take to make banana pudding?

Making homemade banana pudding is a quick and easy recipe! Follow our step-by-step banana pudding recipe and this will be ready in just 15 minutes, meaning you can whip it up right before your cookout or party, if needed!

How To Layer Banana Pudding

How to make layered banana pudding:

TIP: You can use a trifle bowl for this recipe, but we’ve also served it in a long plastic container with a lid (so it refrigerates easily and/or travels easily without worrying about breaking a trifle dish), a casserole dish, and even just in a large bowl with a plastic wrap covering it! Don’t get too caught up on what dish to serve it in! It easily adapts to whatever you have at home and you can layer the pudding in any shape or size dish.

Also, some people use shortbread cookies or Pepperidge Farm Chessmen Cookies instead of vanilla wafer cookies, which also makes for a delicious dessert the whole family will love! Don’t be afraid to try other fun variations!

Do you put eggs in banana pudding?

Does banana pudding have to be refrigerated?

Yes, after making banana pudding you should refrigerate it. Place the pudding in an airtight container and immediately into the refrigerator for a few days. It will still be good the next day!

How long does banana pudding last in the fridge?

Pudding will last in the refrigerator for 3-4 days in an airtight container. After that, the wafers will become soggy and it will start to get melty and watery and should be discarded.

How long is banana pudding good for?

Unfortunately, a banana pudding recipe is one of those desserts that must be consumed fairly quickly. If you leave it out in the sun (like at a family picnic), you should probably discard any remaining pudding. However, if you’re storing it in the refrigerator right after making it, the banana pudding will last up to 5 days but will also become watery and the bananas will turn and become mushy. 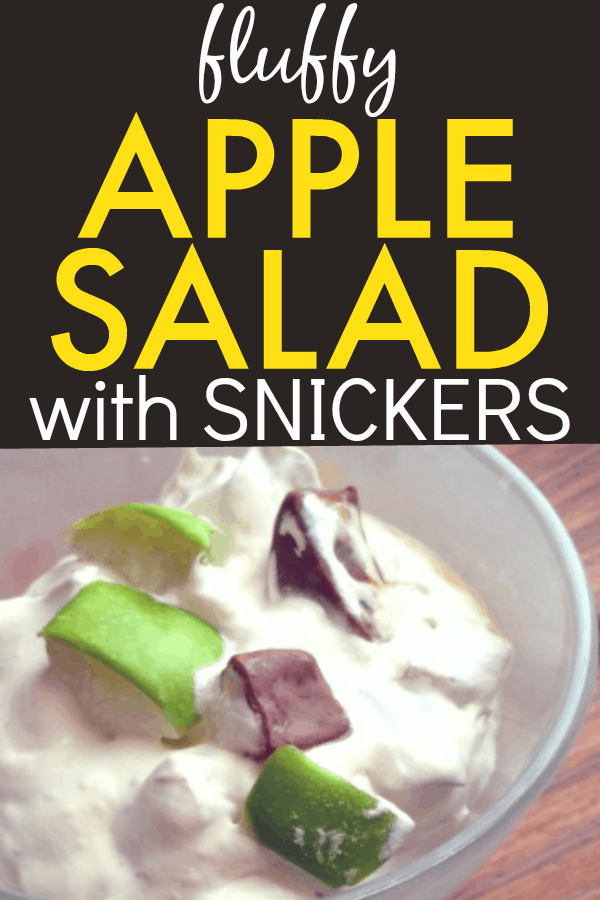 How ripe should bananas be for banana pudding?

How do you keep bananas from turning brown in banana pudding?

After a few days, the bananas in banana pudding are naturally going to start to turn brown and you’ll see som brown spots. To slow the browning, you can use bananas that aren’t as ripe or you can lightly toss the banana slices in lemon juice. However, it’s a natural process that bananas will turn black in banana pudding. That’s one of the reasons banana pudding is best within the first couple of days. 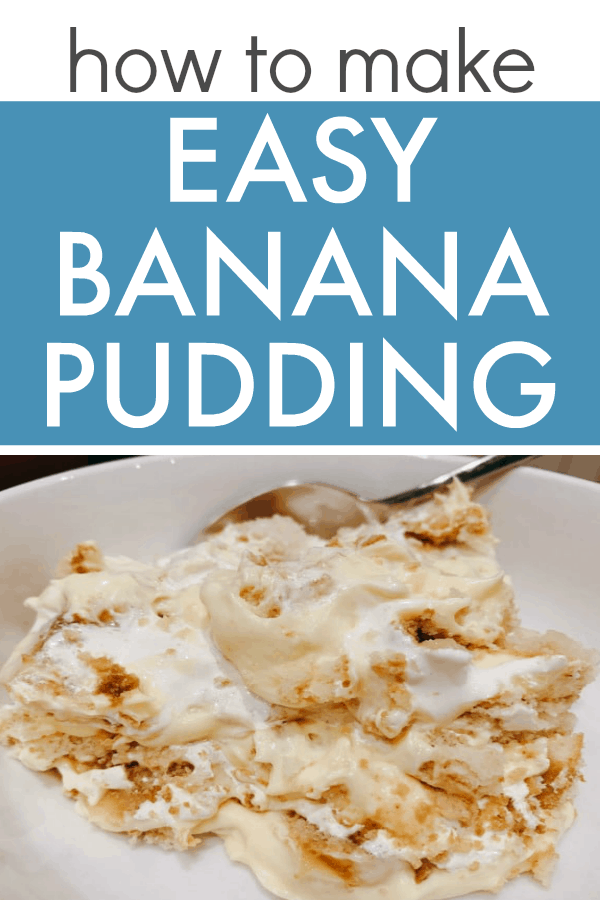 Let’s get to this quick and easy banana pudding (aka: ‘nilla wafer banana pudding). This is how to make banana pudding without condensed milk (and you won’t even miss it!). This tastes just like the homemade vanilla pudding and bananas classic dessert my grandma used to make!

If you’re looking for best homemade banana pudding, this is it!

If you want to know how to make banana pudding cups using this recipe (or in a small bowl), just spoon the pudding mixture into individual cups and then top with vanilla cookies and whipped cream individually.

Also, be sure to use the vanilla pudding and not the Jell-O Banana Cream instant pudding.

RECIPE AND READ BOOKS FOR KIDS

Great children’s books to pair up with the homemade classic banana pudding recipe:

TRY THIS RECIPE NEXT: 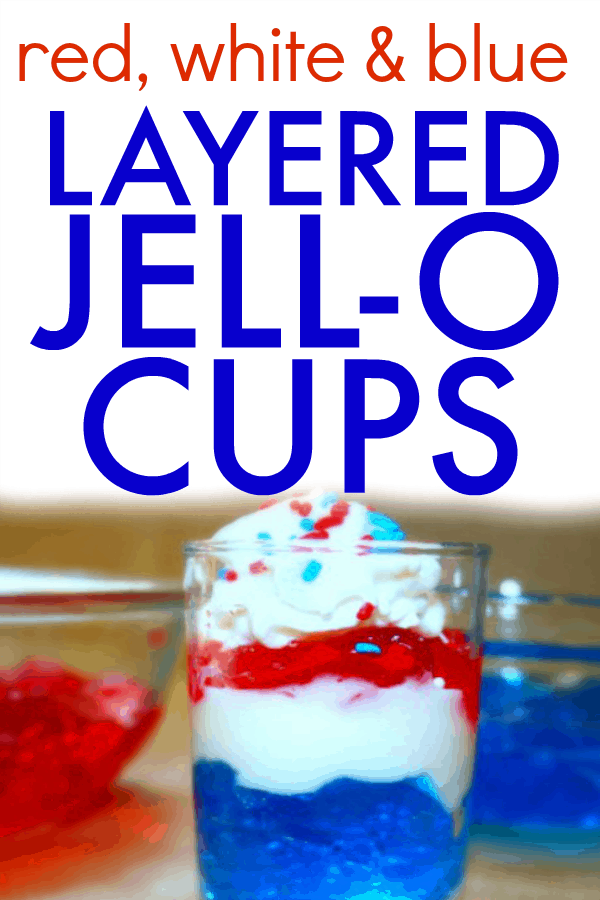 We hope you enjoyed learning how to make banana pudding homemade! Let us know!